The market for raw cashews is expected to increase at a rate of 4.27% per year between 2020 and 2025 due to the rising demand for cashew nuts around the world, particularly in developed and emerging economies. By 2025, it’s projected to increase to over USD 7 billion.

The growing popularity of plant-based diets and awareness of the health and nutritional advantages of cashew nuts are driving an increase in their consumption worldwide. Cashew nuts are a common savoury snack and are frequently thought of as a dairy product alternative. Additionally, they serve as an alternative to the widely used peanut butter.

The cashew tree (Anacardium occidentale L.) is a tropical evergreen kidney-shaped seed. Cultivation can be done in both the wet and dry tropics. It begins to bear fruit after three years and reaches maturity seven to eight years later. It has a sweet, buttery taste. Cashew trees have a 20 to 25-year economic life span, after which yields start to decline. The cashew nut, also known as the cashew apple, is the actual fruit of the cashew tree and is attached to the base of a swollen stalk.

One of Africa’s top cashew nut producers is Ghana. Currently, Ghana produces roughly 85,000 metric tonnes of raw cashew nuts annually, making 1 percent of the total production worldwide. Over 90 percent of this is exported by Asian exporters and processors to India and Vietnam.

Ghana has been producing cashews since the 1960s, with recent years seeing a major increase in output for export markets.

4 reasons why young people should go into agriculture

Ghanaian Beverages you must try

The majority of cashew farmers for export come from the Brong Ahafo Region, now Bono East, Bono, and the Ahafo regions. Foreign exporters and processors are a strong source of competition for local processors. It’s critical to defend local processors against foreign rivals that travel to Ghana to purchase cashew nuts during the cashew harvesting season. For them to succeed, tax breaks, cost-effective finance options, and contemporary technology are also essential.

With appropriate support, Ghana may be able to take advantage of the growing demand and consumption of cashew nuts in the developed and emerging economies, with outcomes that will generate jobs and revenue. Cashews are rich in fibre, protein, and healthy fats and are linked to health benefits like reducing cholesterol, heart disease prevention, improving bone and oral health, skin problems, and diabetes prevention or management.

Cashew nuts were mainly consumed as basic nuts in the past. Today, we can discover a variety of products made from cashews that can be used in salads, smoothies, stir-fries, and other dishes to make them more flavorful. Cashews can be used to make oil, milk, and medicine. To prevent the wasting of any raw cashew, the shell is also processed. The oil is helpful for varnishes, paints, and surface coatings. 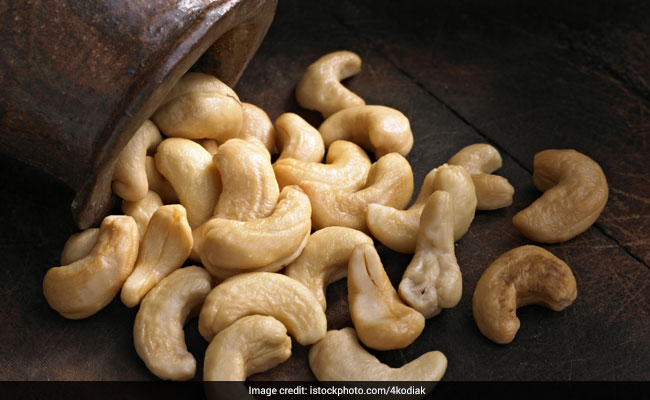 4 reasons why young people should go into agriculture

Agriculture is fun Contrary to the notion that agriculture is all about dirty boots, it is an exciting adventure that...

Ghanaian Beverages you must try

Each ethnic group in Ghana, from North to South, have their local drinks. The drinks range from juice to milk...

The family of Plantain and Banana

I remember asking my family as a child if plantain was just a big green banana, I was met with...

Cassava is more than fufu and Gari

Improved seeds are used by only 30% of farmers.